Virtualization has become an incredibly popular IT infrastructure approach, particularly when it comes to on-premises servers and data center environments. This strategy can offer numerous advantages – which we’ll delve into a bit later – so it’s no surprise that 75 percent of businesses currently utilize some form of server virtualization, according to TechGenix. What’s more, some businesses have plans to virtualize 90 percent of their current server workloads thanks to the benefits that virtualization can offer.

While Gartner noted in 2016 that the virtualization market had reached maturity, current market statistics predict continuing growth. In fact, Market Research Future forecasted a compound annual growth rate of 7 percent through 2023 for the server virtualization market, which would reach a value of $8 billion in the upcoming years. As emerging strategies like cloud migration and operating system container-based virtualization are increasingly deployed, experts expect additional opportunity in this marketplace.

In a nutshell, virtualization enables computing workloads to be decoupled from hardware, and instead supported, managed and handled within virtual environments. This approach can bring an array of key benefits and positive impacts to a business’s on-premise infrastructure. 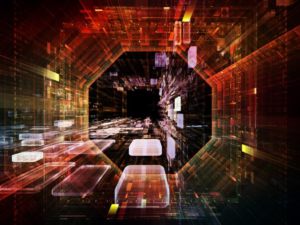 The way an organization makes use of its available computing resources is incredibly important, especially when it comes to on-premises systems. A 2015 study found that 30 percent of all servers at the time were considered “zombies,” and were not being used to full capacity. While this has since shifted to a degree, thanks in part to the popularity of the cloud and virtualization, it helps drive home the point of efficient resource usage.

Leveraging virtualization can enable IT teams to better balance overall workloads and avoid having servers and systems that are drawing power and resources without being used in a meaningful way.

“Server consolidation through virtualization can yield savings of 80 percent in energy expenditures.”

When virtualization is utilized to consolidate and make optimal use of hardware equipment and computing resources, this can also create significant opportunities for businesses to lower their energy costs and reduce their overhead.

According to virtualization market leader VMware, server consolidation through virtualization can yield savings of 80 percent in energy expenditures, and as much as 50 percent in operating costs. In this way, businesses can save more than $3,000 annually for each server workload they virtualize.

One of the greatest advantages that virtualization can offer is a reduction in complexity for internal IT teams, including during initial deployment and management over the life of the technology.

A virtualized server environment can be spun up and established in a fraction of the time that it takes to deploy traditional server hardware and software. In addition, by consolidating workloads to the fewest machines necessary, IT teams can considerably simplify maintenance requirements and overall management.

Virtualization can offer an array of benefits for enterprises, including the ability to streamline on-premises infrastructure systems, reduce costs and support internal IT teams. To find out more about how virtualization could impact your infrastructure, connect with our experts at Pinnacle, a VMware Authorized Consultant and Microsoft Partner, today.