Microsoft is, in all senses of the word, a giant in the technology industry. Other companies in the vertical take their cues from this industry mainstay, such that this business is always finding new ways to innovate and, therefore, in its own way change the tech landscape.

Thanks to this designation as an innovator and industry giant, it would be an accurate summation to say that Microsoft is doing pretty well right now. The New York Times contributor Nick Wingfield noted that at the end of the fourth quarter of 2016, Microsoft’s shares were trading at near record highs, and immediately following the release of its latest earnings report, the company’s stock rose almost 1 percent to $64.27.

Let’s take a look at the Microsoft news from 2016:

According to Wingfield, Microsoft’s acquisition of LinkedIn, which was finalized on Dec. 8, was its biggest ever, at $26.2 billion. The company is planning to use LinkedIn to improve its cloud applications. The Wall Street Journal contributor Christopher Mims noted that it’s a savvy move on the part of Microsoft to leverage the social media/career website’s 400 million users.

The acquisition made a pretty big splash in human resources and recruiting circles in 2016, and many were (and continue to be) hopeful that the merging of these two powerhouses of their own industries could mean easier collaboration, better communication tools and, most importantly, improved ways of helping employers and potential employees connect. 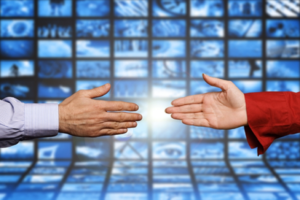 LinkedIn and Microsoft are going to help people connect with the cloud.

Microsoft Azure, the company’s popular public cloud computing platform, is still seeing record numbers of subscriptions as we move into 2017. It looks like Microsoft is doing quite well when it comes to cloud computing. In fact, the company boasted a 4 percent increase in overall earnings for 2016, largely attributed to its cloud computing products, according to Wingfield.

Companies continue to adopt Azure environments to help them improve their computing infrastructure and free up resources better used for innovative projects instead of IT management. The company’s first-quarter financial report for 2016, released in October, noted that its Office 365 business – which is cloud-based – grew 51 percent year-over-year and its Azure business grew by a whopping 116 percent for the same period, according to ARN.

“Companies continue to adopt Azure environments to help them improve their computing infrastructure.”

Microsoft’s emergence and subsequent domination in the cloud computing space has given a lot of small and midsize businesses the opportunity to take advantage of cloud architectures and cut down on their IT spending. Midwest-based companies should turn to their local managed service provider for help choosing, configuring, deploying and effectively managing their public cloud environments. The experts at Pinnacle Business Systems can keep your environments safe, efficient, scalable and working for you even as the tech industry – and Microsoft itself – continues to grow.

Get in touch with Pinnacle for more information or to schedule a demo today.